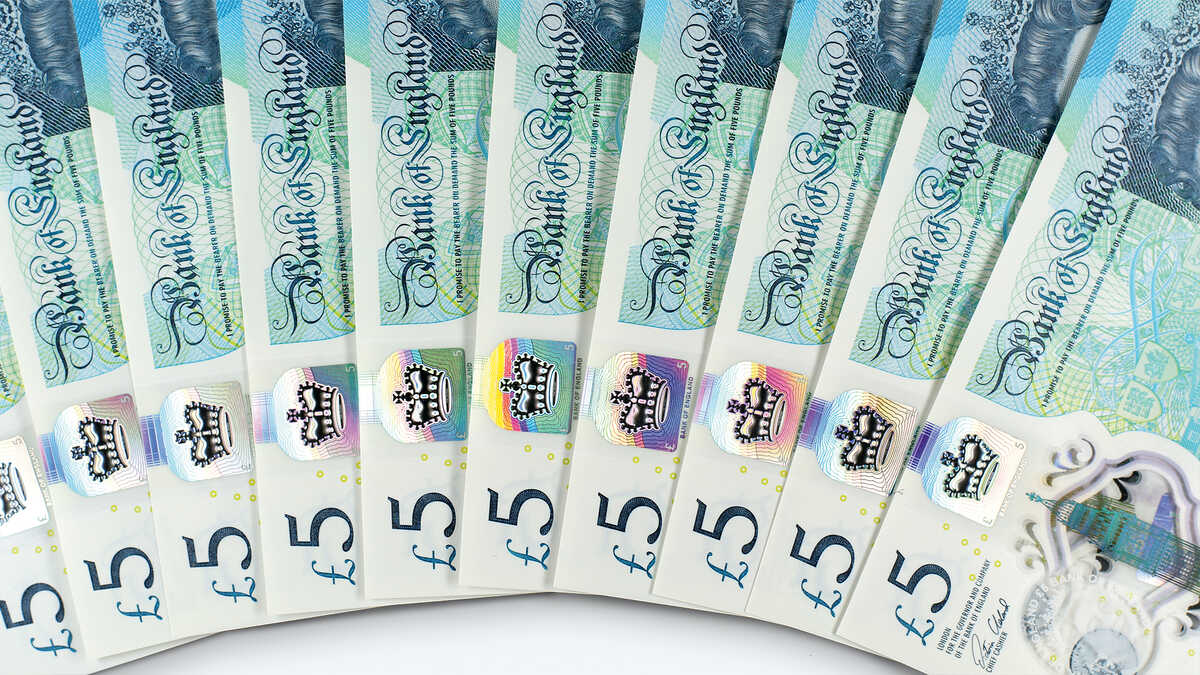 “IN THE AGE OF DIGITAL CURRENCY, WHO NEEDS CASH?” Many central banks are now asking this question, because although they’re practically at the source, cash isn’t just a medium of exchange for them, it’s also a genuine cost factor – and forgeries are a constant threat. But OVD Kinegram AG, a subsidiary of KURZ based in Switzerland, has developed optical security features that make life hard for the counterfeiters.

Even in the age of credit cards and digital payment systems, cash remains an important and reliable part of our lives. Although advances in digital technology mean the quality of counterfeits is constantly improving, the producers of modern banknotes and their security features are always one critical step ahead of the criminal elements.

Cash seems as timeless as the British Queen, who appears just as immune to aging. If anything, she even looks a little younger, if we are to believe the Bank of England and the designers of England’s new banknotes, which were created in 2013 and have been successively released into circulation since Sep­tember 2016. The fact that the Queen smiles from every Sterling note might be because the new banknotes are much more durable and also much more secure than their predecessors, thanks to innovative security features.

Over the past 30 years, foil-based security elements applied by hot stamping have proven uniquely successful among the many security features used on banknotes. These make use of optical security features like those produced using KINEGRAM® technology from OVD Kinegram AG.

As long ago as 1988, KURZ and OVD Kinegram produced the first KINEGRAM® foil patch for Austria’s 5,000-schilling note. This was soon followed by a new banknote series in Switzerland that had a KINEGRAM® on every denomination. Since then, KURZ has been the undisputed market leader in security foil for banknotes and has provided foil-based features for more than 300 different banknotes in some 80 countries.

...but synthetic paper is even more so. England’s central bank has been printing banknotes since 1694. For centuries they’ve used cotton paper, and the notes have always maintained a quietly conservative appearance. In 2011, the Bank of England began searching for suitable materials and security features for a new banknote series to meet much stricter requirements. Deciding on the right substrate was the first step. The choice was between the tried-and-tested cotton paper and an innovative and increasingly successful plastic, known as polymer substrate, which is more durable than paper, and can sometimes survive much longer in circulation. Fewer resources are used in its production, but it’s also more expensive and complicated to manufacture.

The Bank of England decided in favor of the polypropylene-based synthetic material because of its durability and eco-friendliness. Another deciding factor was the assurance that KURZ could also supply security elements that would be suitable for polymer banknotes, as the company impressively demonstrated for the first time in 2011 with the new polymer-based banknote series for Canada.

Foil-based security elements are especially suitable for the smooth surface of polymer banknotes and can also be very easily applied over windows, which are the transparent areas in the substrate. A foil stripe over a window area was also a requirement for the new English banknotes, to enable the foil to be visible on both sides. The visual appearance of the security technology used in the foil also had to allow the banknote user to unambiguously verify the banknote’s authenticity from the reverse side.

KURZ began developing foils for this specific purpose as early as 2009. The first technology created as a result was KINEGRAM REVIEW®, which is already being successfully applied in other countries. The picture and the diffractive image on the back of the foil, as seen through the window, differ from those on the front. When the British project began in 2011, KURZ offered the Bank of England its KINEGRAM COLORS® technology for window banknotes, in which different colors appear on the front and back sides of the foil.

Secure from the front, secure from the back: The new Canadian banknotes have a window with a holographic security feature visible on both sides

The Bank of England’s preparations for the new series were completed after two years. KURZ won the order to supply KINEGRAM COLORS® foil for the new five-pound notes. The project’s general conditions were defined and the requirements precisely specified during many talks, round-table design discussions, and a production test run. What foil application machine should be used? What visual effects does the foil have to demonstrate, what colors should be used? What are the bank’s durability requirements for the new notes and the foil? After three years of close collaboration between the central bank, banknote printers, and KURZ, production began of 450 million new five pound notes, and the new banknote was officially put into circulation on September 13, 2016.

Following the successful launch of the English five-pound note, the KINEGRAM COLORS® foil from KURZ was used on other banknotes, such as the commemorative note for the 23rd Winter Olympics in South Korea in 2018. The technology won numerous prizes for “best security feature.”

The design of England’s new notes was also enthusiastically received. This confirmed the Bank of England’s decision to also furnish the 10 pound note, which has been in circulation since September 14, 2017, with KURZ foil. The new 20-pound note has been issued since February 2020. In addition to the Queen, it also quotes the painter William Turner with the words: "Light is therefore color". The Bank of England again chose the security elements from the previous note. There is hardly a more beautiful way to showcase collaboration between central security technologies of KURZ and OVD KINEGRAM.

Would you like to know more about our role in the banknote sector? Click here for our article “Don’t lose the thread – with KURZ THREADS”. Also make sure you visit our website www.kurz-banknotes.com. If you have any further questions, please do not hesitate to contact us by e-mail.

Do you have questions relating to our article Secure banknotes thanks to KURZ ? Please contact Matthias Kronawitter, through our user-friendly email interface